Watching a major played at San Francisco's municipal jewel is exciting for the entire Bay Area and in particular our local public golfers. It's a disappointment that we can't be in the gallery for this historic event, but that makes the national press attention on our local track and golfing history even more compelling. For your reading (and viewing) enjoyment, a  compendium of links and articles to the PGA Championship at TPC Harding Park.

Jaime Diaz of The Golf Channel kicks us off with a nostalgic look back at what it was like to grow up a NorCal kid during the heyday of amateur golf and muni courses in The City. 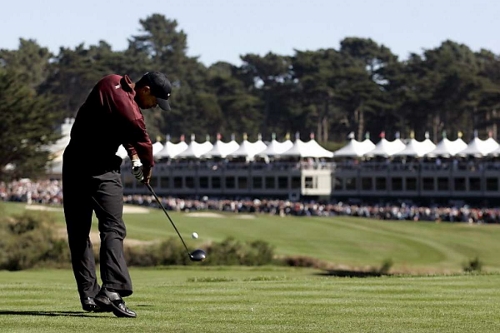 “Return to Glory” by golf historian and San Francisco Public Golf Alliance co-founder Bo Links on the 2004 renovation of Harding Park and an exciting blow-by-blow account of the unforgettable 2005 American Express Championship at Harding Park:

"Woods hit first and he crushed another perfect drive. He was out there another 346 yards, almost on top of where he’d hit it in regulation. Daly took no time to answer Tiger’s blast. He put his peg in the ground and hauled off with his driver. He hit an even better shot, if that were even possible. It measured out at 357 yards and this one, unlike his poke in regulation, found the fairway. It would now be battling wedges for all the cash." 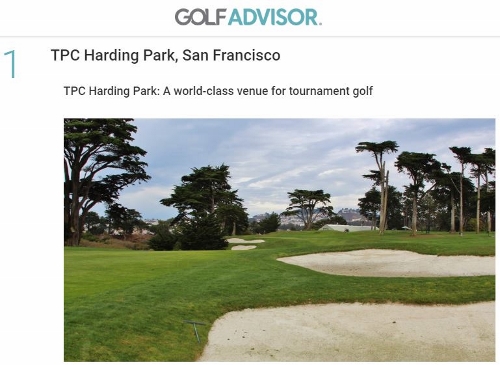 Local golfer Jason Scott Deegan writing in The Golf Advisor offers his reviews of the top 10 affordable public courses in the bay area in  "A local's guide to the top golf courses in advance of the 2020 PGA Championship." ranking San Francisco munis Sharp Park at number 10 and TPC Harding Park at number 1:

"I want to play with my buds on a decent course that doesn't dent the wallet. That's hard to do in the San Francisco Bay Area... The last six years I've explored the region for the best combination of affordability against the quality of the course. With the 2020 PGA Championship coming to the TPC Harding Park, I'm diving deep into the Bay Area golf scene to identify its best public courses." 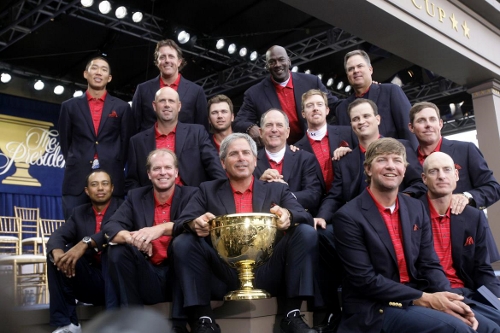 “More than a Game” Another Bo Links offering, on the playing of the 2009 Presidents Cup tournament at Harding Park featuring the extraordinary pairing of Steve Stricker and Tiger Woods to lead the U.S. team to victory.

"Fred Couples and Greg Norman, flanked by Jay Haas and Frank Nobilo, led the two teams. One could not have asked for an ounce more style and dignity. The captains displayed for the world what golf is all about... Harding Park, too, came out a winner. Once again, the little muni that could proved itself a fabulous test of golf, even if the holes were scrambled like eggs to accommodate the unpredictability of match play. Perhaps that's the best evidence of all that Harding Park is one of the greatest courses anywhere, public or private. The demonstrable fact is, you can play it backwards and the course still produces incredibly exciting golf. Harding Park has an inherent capacity to demand and reward great shotmaking. It is a layout that enables great players to separate themselves from the crowd." 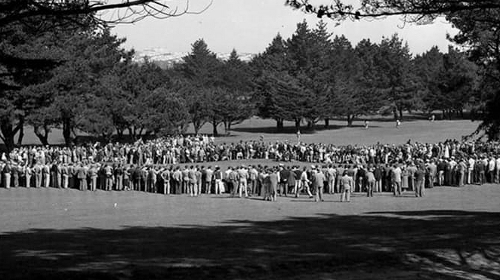 One cannot review the storied history of San Francisco golf at Harding Park without talking about The City tournament. Sean Martin does a deep dive at PGATour.com with "TPC Harding Park has deep roots with San Francisco City Championship":

"San Francisco’s municipal gem is home to an important championship on an annual basis, and while the San Francisco City Championship isn’t considered one of golf’s Grand Slam events, it is one of the game’s most unique.The tournament affectionally referred to by locals as simply “The City” has been held every year since 1916. Its endurance through the World Wars allows it to claim the title of golf’s oldest consecutively-played championship. Its former competitors range from World Golf Hall of Famers to taxi drivers, NFL quarterbacks to airport baggage handlers. The doctors and lawyers who are members at the Bay Area’s prestigious clubs play alongside bartenders. It’s not unusual to see a player turn to alcohol to steady his nerves or to witness a former U.S. Golf Association president carry his own clubs through a downpour." 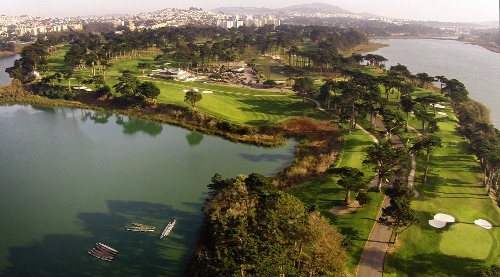 Also don't miss the PGA Championship saga of Big John Daly, and Big Willie Goggin related by Ron Kroichick at the San Francisco Chronicle and on our own post last week.

Pandemic or not, galleries or not, we can't wait to enjoy the latest chapter in the storied history of San Francisco Municipal Golf watching the PGA Championship at Harding Park August 6-9.