Our Fifth Annual Alister MacKenzie Benefit Tournament was a great success thanks to the local Players, Sponsors, Donors, Volunteers, and other friends of  Public Golf.  We cannot thank you enough for helping to Save Sharp Park!

Over 250 golfers participated and enjoyed the full range of Sharp Park weather – breezy, sunny, overcast, you-name-it.  Tom Adams’ Video captured the festivities and Bo Links, San Francisco Public Golf Association Co-Founder, reminds us why this course is so important to so many. 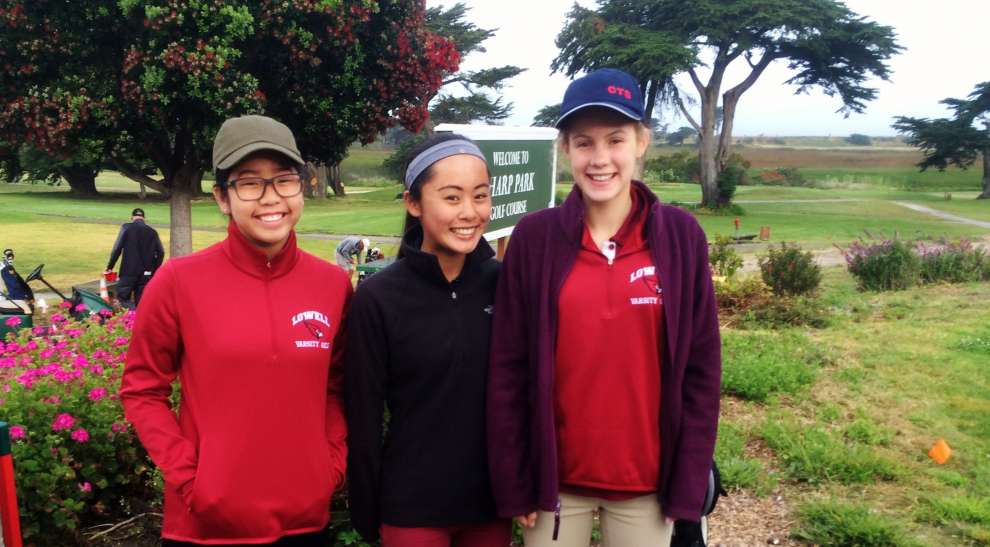 Special thanks to our generous sponsors, donors of our fabulous silent auction prizes, enthusiastic volunteers from our co-hosts, the Sharp Park Men’s and Women’s Golf Clubs, and to our other co-hosts, the Alister MacKenzie Foundation, Pacifica Historical Society, and Pacifica Chamber of Commerce.  Please see the Sponsors Page from our Tournament Program (above) for a complete list.  Finally, a grateful tip of the hat to Head Greenskeeper Almar Valenzuela and his small-but-mighty SF Rec and Park Department greenskeeping crew for true-rolling greens and some strategic tree pruning which opened beautiful vistas of the golf course.
See you down the fairway.
Save Sharp Park!