Alister MacKenzie was born to Scottish parents on August 30, 1870 in Normanton, Yorkshire, east of Manchester in Northern England.  His world-famous courses, biography and standing in the World Golf’s Hall of Fame are well-known.  Especially so in the Bay Area and Northern California, where he spent an ultra-productive final eight years of his illustrious career, designing and renovating outstanding courses including Cypress Point, Pasatiempo, Meadow Club, Green Hills, Claremont, Cal Club, Northwoods, and the public Haggin Oaks and his only seaside public links Sharp Park.  While living in Northern California, MacKenzie traveled the world, designing courses in Australia, New Zealand, Argentina, Uruguay, Ireland, England, Scotland, and university courses at Michigan and Ohio State in the American Midwest.  His final course, designed in 1932-1933 with Bobby Jones, was Augusta National, home of the Masters Tournament.  His Royal Melbourne is regarded as the world’s greatest course in the Southern Hemisphere. 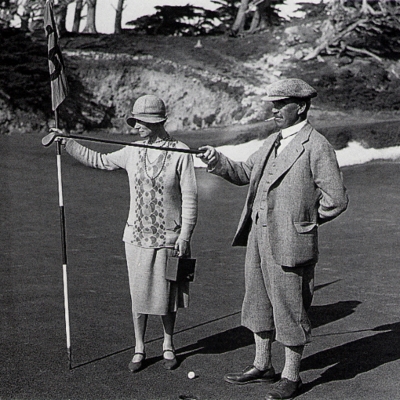 In addition to his brilliant artistry, MacKenzie is a seminal figure in golf history because his architecture connects modern golfers with the Scottish roots of their game and with the builders of the sport’s greatest playing fields.  MacKenzie’s architectural tutor was H.S. Colt, the leading English architect of the early 20th Century, with whom MacKenzie in 1913 built the Eden Course at St. Andrews.  In 1914, MacKenzie won an architecture contest to design a hole for the new Lido Course on Long Island, then being built by Charles Blair Macdonald, the acknowledged father of Golf in America.  In 1924, while serving as consulting architect at St. Andrews, MacKenzie surveyed and mapped the Old Course – generally regarded at the birthplace of golf.  MacKenzie regarded the Old Course at St Andrews as the essential golf course, and from his intimate knowledge of St. Andrews MacKenzie developed 13 General Principles of design which he proclaimed in two books:  Golf Architecture (1920), and The Spirit of St. Andrews (1933, but published posthumously in 1995).

Several of MacKenzie’s General Principles are much in evidence at Sharp Park, including: “The course should have beautiful surroundings, and all the artificial features should have so natural an appearance that a stranger is unable to distinguish them from nature itself.”  When in 1930 he announced his contract to build Sharp Park for San Francisco, MacKenzie promised a course “as sporty as the old course at St. Andrews and as picturesque a golf course as any in the world.”

And thanks for your great gifts to golf. 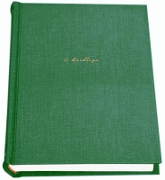 The Alister MacKenzie Institute, a project of Josh Pettit, a Marin County golf architect and MacKenziephile, has published a new book marking the Good Doctor's 150th birthday, "The MacKenzie Reader: Writings on Golf Architecture and More by Dr. Alister MacKenzie."  The 5.5"x8.5" book is available online. Pettit describes his book as  "A compendium of Dr. MacKenzie's lost writings accompanied by photographs and routing maps [including] 29 articles and essays written by MacKenzie, originally published in disparate publications between 1915 and 1935, as well as ten foldout page routing diagrams, and eleven additional essays by noted MacKenzie experts from around the world."