Ken Venturi (1931-2013) left his heart on San Francisco’s public golf courses, where he grew up and learned to play at Harding Park, attended nearby Lincoln High, and won City prep golf championships in 1948 and 1949 before college at San Jose State.  He won the San Francisco City Championship at Harding in 1950 (he was 19), then again in 1953 and 1956 (separated by a couple of years in Korea and Germany with the US Army). He could win tournaments at other golf courses, too – the 1951 and 1956 California State Amateurs at Pebble Beach, and the United States Open in 1964 at Congressional Country Club in suburban Washington D.C.  He won 14 PGA professional tournaments, the last one coming in 1966 in the old Lucky International -- at Harding Park.  In 2013 he was inducted into the World Golf Hall of Fame.

After carpal tunnel syndrome in both wrists ended his tournament playing career, Venturi in 1968 began a 35-year career as CBS TV golf broadcaster, ending in 2002.  He returned to Harding Park and the San Francisco public golf scene in October 2009 as the President’s Cup was being played at Harding.  As Honorary Chairman of the San Francisco Public Golf Alliance, he circulated a stirring public letter praising Harding, but warning that “The glorious restoration of Harding must not be at the expense of Sharp or Lincoln,” and exhorting San Francisco and its golfers to defend the City’s golf heritage and its public courses. “Defend them with your time, your money and your passion,” he urged. “Without the public courses, golf becomes inaccessible.  The game shrivels and dies.”

That’s the quick summary.  Now for the stories:

Ken’s parents Fred and Ethyl ran the Harding pro shop for years. His most famous San Francisco City Championship win came in 1956 when he beat 1955-1956 U.S. Amateur Golf Champion Harvey Ward in the finals in front of a gallery of 10,000. Ward and Venturi were good friends, and both were salesmen for San Francisco car dealer Eddie Lowery. 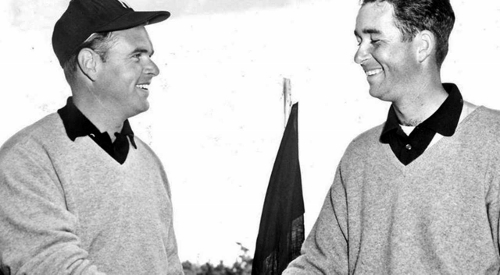 And there’s a further story in that: 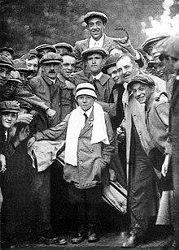 Lowery came to San Francisco from Boston, where he had been the 10-year-old caddy in the 1913 US Open for Francis Ouimet, who famously beat British champions Harry Vardon and Ted Ray, to become the first American to win the US Open championship. A story memorialized in the book by Mark Frost and the movie starring Shia LaBeouf.

Eddie Lowery again figured prominently in Venturi's story when the San Francisco car dealer "told his friend and fellow millionaire, George Coleman, that the two young amateurs, his employees, could beat anybody." The two of them partnered in a legendary private best-ball match in January 1956 at Cypress Point against Ben Hogan and Hogan’s Texas childhood golf adversary Byron Nelson, immortalized by author Mark Frost in “The Match:  The Day the Game of Golf Changed Forever”.

A month later in April, 1956, Venturi played as an amateur in the Masters Tournament at Augusta, led the professionals after each of the first three rounds, then shot 38-42=80 to lose a 4-shot lead and finish second in the tournament to Jackie Burke. 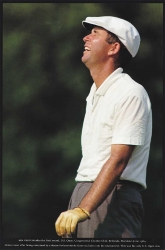 But Venturi flipped the script of his Masters collapse at the 1964 U.S. Open, at Congressional Country Club.  Trailing after the third round, and suffering heat exhaustion, Venturi continued to play accompanied by a medical doctor (the third and fourth rounds were played in those days in a single 36-hole day).  He shot the tournament’s low rounds in both of the final rounds, and won the 1964 Open by four strokes, exclaiming when his final putt dropped on the 72nd green: “My God, I’ve won the Open”.

Venturi’s distinguished 35-year golf broadcast career as CBS TV ended in 2002.  Those watching the 2020 PGA Championship on CBS TV this year heard much about Venturi’s talent and grit, and how golf helped him overcome a stammering speech defect, from his longtime CBS broadcast partner Jim Nantz.

Which brings us to the Epilogue:

In the twilight of his life, Venturi brought his grit and determination to the fight for public golf. As Honorary Chairman of the San Francisco Public Golf Alliance he penned an October 2009 letter urging golfers to defend San Francisco public golf and golf courses. For Venturi, golf had been his identity, his salvation, and his cause. Through golf, he had overcome personal handicap, and in competition he had overcome not only his competitors but also his own failings.  So he wanted to preserve for the common people of San Francisco (of which he was one) both the game and the beautiful shrines where the game is played.  And he was dismayed at the disrepair and political jeopardy of both Lincoln and Sharp Park.

Just a few months before he died on May 17, 2013 Ken Venturi dropped-by unannounced on a Thursday afternoon at Sharp Park, and shared some cheer and a few stories with a group of regulars in from their round. It was his final visit to the golf shrine that he called “Dr. MacKenzie’s great gift to the American public golfer.” 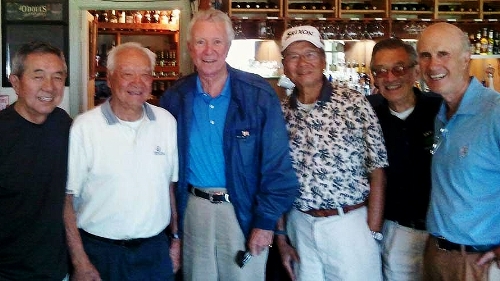 “Sharp is an unpretentious place, where golfers enjoy a scenic walk in the salt air, then a sandwich and a beer in an old-fashioned pub.  In these ways, Sharp connects golfers to the Scottish public course roots of the game.”  - Ken Venturi