Perched on its towering sand dunes overlooking the Golden Gate, Lincoln Park is a jewel of San Francisco history. The earliest three golf holes appeared in 1903, making Lincoln one of the oldest public courses in the West. The California Palace of the Legion of Honor was built in the early 1920’s by art collector Alma Spreckels as a memorial to California’s war dead of World War I. The car park oval across the street from the Legion of Honor is the Western Terminus of the Lincoln Highway – America’s first transcontinental highway, completed in time for the 1915 Panama Pacific Exposition.  The San Francisco Holocaust Memorial rests on the north slope of the car park oval.

Predating all these are the two monumental cemetery remnants – the Kong Chow funerary altar near the Hole #1 green, and the Ladies Seaman’s Friend Society’s bronze obelisk near the #15 green.  These are the remains of City Cemetery – a City-owned public burial ground for indigents and religious, fraternal and benevolent organizations that provided burial services to their members – Chinese, Japanese, Irish, Italian, French, German, Jewish, Catholic, Grand Army of the Republic, sailors, etc. 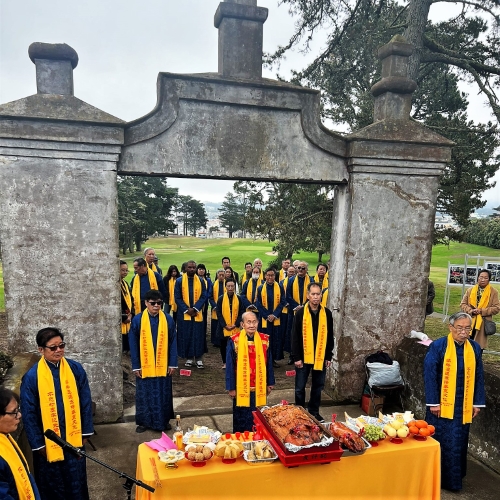 Chinese Consolidated Benevelont Association and friends remember the ancestors at Chung Yeung observation, October 4, 2022 at Kong Chow altar.
The City Cemetery story is told in the Planning Department’s Landmark Determination Fact Sheet, and in Buried Histories, published in the Fall 2022 edition of Alta Magazine. The cemetery opened in 1868 and closed at the turn of the 20th Century, a few years before the Supervisors voted in 1909 to deed the land to the Park Commission. Though the City closed its public cemetery, the City did not remove the bodies, and today there remain in the ground at Lincoln Park the bones of 10-20,000 people. 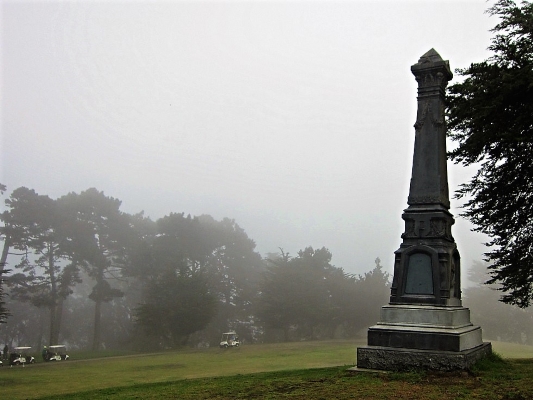 The historic cemetery was officially recognized on September 27, when the San Francisco Board of Supervisors approved an Ordinance to designate City Cemetery as a San Francisco Landmark.  At Sections 3(d) and 4, the Ordinance excludes the Golf Course and Art Museum from the landmark designation and enables ordinary maintenance and repair --including irrigation system repair, of both. The Ordinance was signed into law on October 4 by Mayor London Breed. 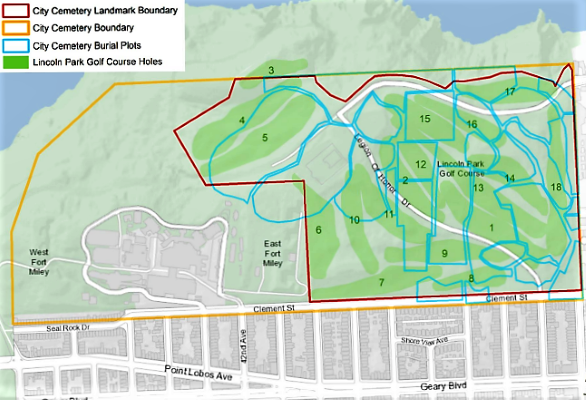 The Ordinance was authored  by First District Supervisor Connie Chan, whose district includes Lincoln Park. When Supervisor Chan first raised the landmarking issue In Spring 2021, San Francisco Public Golf Alliance called for assurances that cemetery landmarking would not prejudice golf course operations, maintenance, and improvements.  At preliminary public hearings on the matter – May 4, 2022 at the Historic Preservation Commission and at Supervisors’ hearings September 12 and 20, 2022 at the Land Use Committee and at the Full Board’s First Hearing on the Ordinance -- Supervisor Chan said the legislative intent is to honor the 19th Century immigrants, mostly poor, who built the City and who are still buried there -- not to limit or impair operation and maintenance of the Golf Course, the Art Museum, or the children’s playground.

At the Board’s September 27 hearing, the Ordinance was supported by the Chinese Consolidated Benevolent Association (“Six Companies”), San Francisco Heritage, and the Rec and Park Department and the Art Museums. Spokeswomen for both Departments said they are satisfied that the Ordinance will not restrict their ability to maintain and operate the museum and the golf course. Supervisor Chan expressed hope that the City's Chinese community will use the newly-landmarked Kong Chow altar as a gathering place to observe Chung Yeung and other traditional festivals of remembrance. 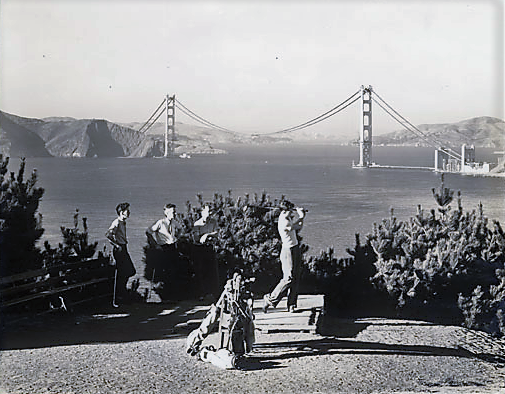