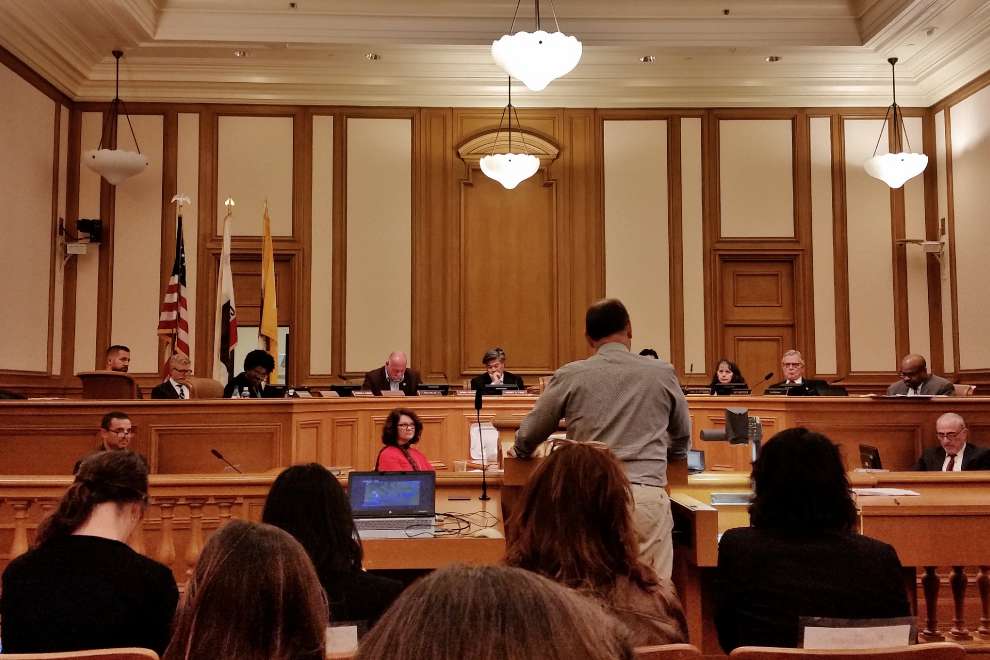 "A plan to manage a number of natural areas in San Francisco and San Mateo counties was approved by planning and recreation and parks officials Thursday, but is likely to face an appeal from opponents. The environmental impact report for a 20-year plan to manage San Francisco’s natural areas was approved unanimously by the Recreation and Park Commission and 6-1 by the Planning Commission after a lengthy joint hearing Thursday...
The golf course has been the subject of repeated litigation with environmental groups over the years due to the presence of wetlands habitat on the course and endangered red-legged frogs and San Francisco garter snakes. City officials have described the plans for the golf course included in the environmental impact report as a habitat restoration project that would include relocating the 12th hole, improving a wetlands area and creating more uplands habitat for snakes."

"The Natural Areas planning process began in 1995, and always included habitat enhancements for endangered species at Sharp Park. Environmental and planning groups speaking in favor of the Natural Areas Plan included the Trust for Public Lands, San Francisco Parks Alliance, Nature in the City, Tree Frog Treks, SPUR (San Francisco Bay Area Planning and Urban Research Association) and the Presidio Trust. The Plan also received support from US Congresswoman Jackie Speier, who delivered a letter to the Commissions, urging continuation of golf course operations while modifying a few holes to improve frog and snake habitat.
A few anti-golf environmental groups, including the San Francisco Chapter of the Sierra Club, Audubon Society, and Wild Equity Institute, demanded that the Commissions “sever” Sharp Park from the Natural Areas Plan, and a new environmental review process be started for habitat improvements at the golf course. This demand was denied, with Rec and Park Commission President Mark Buell explaining that modifications to the course were not “golf development,” as the enviros claimed, but necessary habitat improvements for the endangered species."

Thanks to all those Public Golf Alliance members who wrote e-mails and letters, and especially to those who attended the public hearing and joined us testifying before the Commissions.
SFPGA President Richard Harris and Pacifica Historical Society President Paul Slavin
speak in favor of the SF Rec & Park Natural Resource Management Plan

We will likely need more of the same kind of effort in January, when the anti-golf forces are expected to appeal the Commissions’ decision to the Board of Supervisors.You can enjoy the full 6+ hours of the Commission's meeting, public comment, and decision on SFGOV.TV [LINKED HERE].  Or you can review the 30 minutes of YouTube highlights and/or even more succinct (but complete) press relese below... 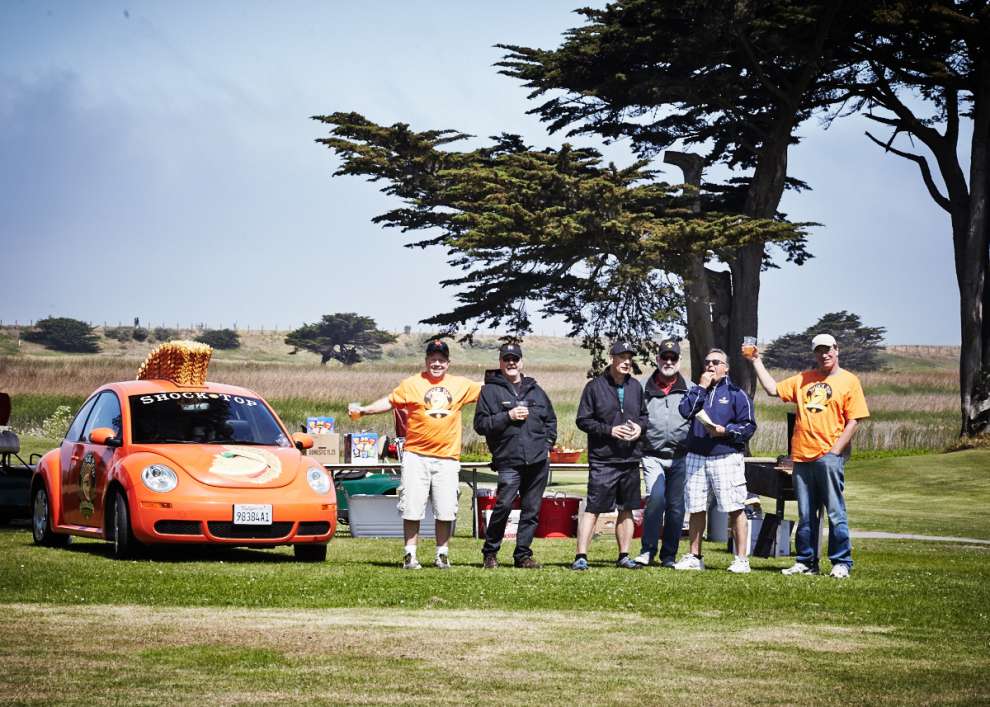 FOR IMMEDIATE RELEASE
San Francisco Commissioners OK Natural Areas Parks Plan;
Approve Sharp Park Restoration to Save Golf, Frogs, and Snakes
San Francisco:   By a combined 11-1 vote, the San Francisco Planning and Recreation and Park Commissions on December 15 certified and adopted a Final Environmental Impact Report (EIR) and Natural Areas Management Plan for 32 city-owned parks.  Among other things, the Plan would keep the 18-hole Sharp Park Golf Course open, but modify three holes to enhance wetland habitat for California red-legged frog and San Francisco garter snake.  The course was built in the early 1930’s by preeminent golf architect Alister MacKenzie, and is regarded as Historic Resource under California’s environmental laws.
The 5-0 vote of the Rec & Park Commission and 6-1 vote of the Planning Commission in favor of the Natural Areas Plan followed a 6 and ½-hour joint public hearing at San Francisco City Hall on December 15, and came after 21 years of scientific consulting, policy-making, political wrangling, hundreds of hours of public hearings, and a 7-year-long environmental impact review process.
The Natural Areas Plan is designed to preserve fragments of native plant and animal habitat, while balancing traditional urban park uses, in 32 of the 220-plus parks within San Francisco’s sprawling public parks system.
Support for the Plan at the December 15 public hearing came from US Congresswoman Jackie Speier, whose 14th Congressional District includes parts of San Francisco and San Mateo Counties, and a host of national, regional, and local environmental, scientific, and urban planning organizations, including the Trust for Public Lands, Nature in the City, Presidio Trust, SPUR (San Francisco Planning and Urban Research), San Francisco Parks Alliance, and Tree Frog Treks, Robert Doyle, General Manager of the East Bay Parks District, and Erik Rosegard, Chair of San Francisco State University’s Department of Recreation, Parks, and Tourism.  Richard Harris, founder of the San Francisco Public Golf Alliance, endorsed the balanced Sharp Park habitat and golf restoration plan, saying, “golf is a recreation in nature, golfers respect nature and want to get along with nature.”  Several plan advocates urged the Commissioners to finally move forward with the Plan after over 20 years in development.  “Glaciers melt faster than this,” one of the speakers commented, following the vote.
The largest opposition to the plan came from neighborhood associations near Mt. Davidson, opposed to the Rec & Park plans to remove a percentage of the mature eucalyptus forest in that park.  Other opponents included spokespersons for dog-owner groups opposed to some of the Plan’s restrictions on off-leash dog-walking in and near the Natural Areas.
Spokespersons for the San Francisco Bay Chapter of the Sierra Club, Wild Equity Institute, and the Audubon Society urged the Commissioners to vote-down the Plan unless the changes to the Sharp Park Golf Course to accommodate the frog and snake were removed from the Plan.  Led by Wild Equity, these groups have for many years fought to close the golf course and convert it entirely to a dedicated wetland for the frogs and snakes.  But their anti-golf efforts have repeatedly failed in previous tries at the Planning, Recreation and Park. and Public Utilities Commissions, the California Coastal Commission, US Fish & Wildlife Service, US Army Corps of Engineers, San Francisco Bay Regional Water Quality Control Board, and in lawsuits that were dismissed in 2012 by the US District Court for the Northern District of California and dismissed in 2015 by the San Francisco and San Mateo County Superior Courts, and the US Court of Appeals for the Ninth Circuit.
A Wild Equity spokesman said his organization will likely appeal the Commissions’ December 15 decision to the San Francisco Board of Supervisors. 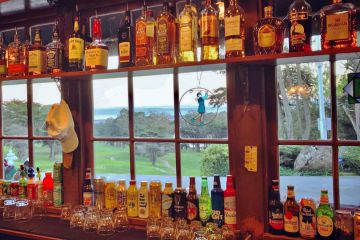 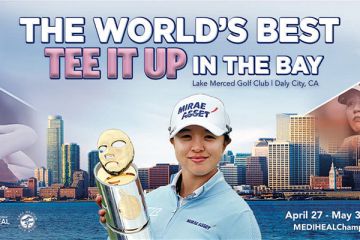