The PGA Championship and San Francisco’s Munis - Then and Now

It was Sunday, August 13, 1933 in the Milwaukee suburb of Wauwatosa, Wisconsin, and 5,000 spectators gathered at the Blue Mound Country Club to gallery the 36-hole final match of the Professional Golfers’ Association Championship. The finalists were the 10-year PGA veteran Gene Sarazen and a newcomer, Willie Goggin.

Then, as now, golf’s show was going on amid deep national troubles. In August 2020, the Coronavirus Pandemic will keep live spectators out of the 2020 PGA Championship.  In August 1933, the PGA Championship was played in the fourth year of the Great Depression.  Franklin Delano Roosevelt was in his eighth month as President, and the New York Times headlines included high unemployment, trade wars, fascism on the rise in Germany, and a Cuban crisis. 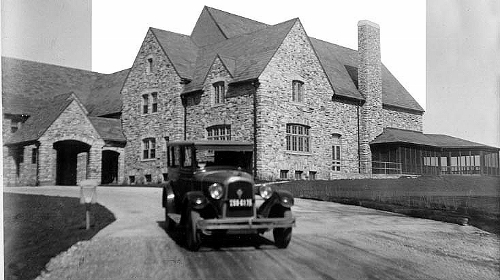 Blue Mound then was a “short but tricky” 6,270-yard, par-70 course built on Wisconsin farmland in 1926 by Seth Raynor. The tees and greens that week were well-kept. The unwatered fairways were brown, hard, and rolling.

Goggin, at 6 feet tall and 200 pounds, was identified in week's New York Times account as a “brawny shotmaker from Salada Beach, Cal.,” and “on leave of absence from a municipal course ten miles from San Francisco.”  In fact, the 27-year-old Goggin was in his second year as golf pro at Sharp Park, the Alister MacKenzie-designed, San Francisco-owned seaside public links that opened in April 1932 on the city’s southern coastal outskirts. (At the time, it was an unincorporated area known as Salada Beach; today it is the suburban town of Pacifica.) 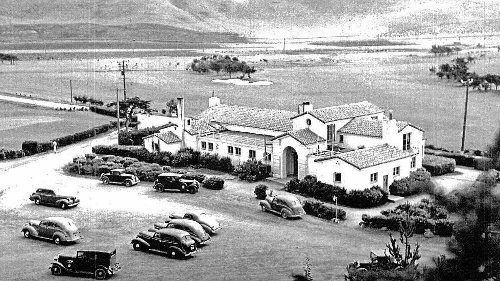 The PGA Championship in those days was an endurance contest: 36 holes of medal qualifying on Tuesday cut the field to 32 players, who then played 36-hole single-elimination matches each day Wednesday through Saturday to reach Sunday’s 36-hole final match. Goggin shot 5-over-par 145 in the qualifying round (146 qualified), and then was: (Rd. 1) 5 under par over 33 holes to beat 1928 and 1929 PGA Champ Leo Diegel 4-and-3; (Rd. 2) 5 under par for 27 holes to beat 1929 US Open runner-up Al Espinoza 9-and-7; (Rd. 3) even par for 31 holes for a 6-5 win over Paul Runyan, who later won the PGA Championship in 1934 and 1938; (Rd. 4) even par for 36 holes for a 1-up semi-finals victory over fellow-newcomer Jimmy Hines, an assistant at Long Island’s Timber Point Club. Throughout the week’s matches as reported by the New York Times - Goggin “has been flirting with rough and traps all week only to break par into shreds with spectacular recoveries.” Gene Sarazen cruised through the week, qualifying at even-par 140, and winning his matches by comfortable margins.

In Sunday’s final round, Sarazen – as he had all week – used only seven clubs, his favorite being his low-lofted iron “jigger”. He shot one-under-par 69 in the morning round to take a 1-up lead over Goggin, who hung-in with 70. In the afternoon round, Sarazen birdied three of the opening four holes, held a 3-up lead after 9, and closed-out the match on the 32nd hole, for a 5-4 championship win and a $1,000 winner’s check. Over Sunday’s 32 holes, Sarazen had 51 putts. By the end of the day Sunday, Willie Goggin, the “clouter” from Salada Beach, had played 195 holes of championship golf over six days in three under par. The San Mateo Times coverage of the final match reflected the regional pride in their local hero:

shing quest of Wille Goggin, moustachioed Sharp's Park professional, for the National P.G.A. golf chanpionship ended yeterday in the finals before the blazing sub-par golf of Gene Sarazen, who won the title for the third time in his career, beating Goggin 5 and 4... Goggin's was the most remarkable performance by a Northern California professional in recent years. An almost unbelieving Peninsula golfing world heard of his brilliant victories last week, and waited breathlessly for yesterday's results... Though beaten, Goggin's performance was one which marked him as one of the greatest competitive professional golfers in the country."

Willie Goggin stayed in golf, moved to the East coast, and in the 1940's and 1950’s held prestigious New York suburban club pro jobs at the Century Country Club in Westchester County, designed by Charles H. Allison (a one-time partner of MacKenzie and his mentor, HS Colt), and at Upper Montclair Country Club in New Jersey, designed by A.W. Tillinghast.  In 1959 Goggin won the PGA Senior Championship at the age of 53 at Dunedin, a Donald Ross-designed course near Tampa, FL. Turns out the big guy was not only a big hitter, but a connoisseur of Hall of Fame golf architects.

For his part, Sarazen two years later won the 1935 Masters Tournament at Alister MacKenzie’s Augusta National Golf Club, on his way to Golf’s Hall of Fame. Sarazen, Bobby Jones, Ben Hogan, Jack Nicklaus, Gary Player, and Tiger Woods are the only men to win all of Golf’s Major Championships.

And then there’s Blue Mound Country Club and golf in troubled times. The club went bankrupt in 1935 but was bought out of receivership and reincarnated as Blue Mound Golf and Country Club. Blue Mound was originally scheduled to host the PGA’s Junior Ryder Cup Tournament in September 2020. Due to the Coronavirus pandemic, that event has been rescheduled for 2021.