Ed Lee loved golf, and played often. It was his haven from the City Hall pressure-cooker. He and his foursome played Saturday mornings at the local munis, usually Harding Park. He was a modest and likeable man, and mixed easily on the practice green and first tee with the early morning regulars. On the course, he enjoyed competition and small-stakes bets, was an excellent clutch-putter, and would celebrate loudly when he sank a crucial putt with money on the line. He was about 5’6” tall, and would tell corny jokes about his size.  “I’ll make this short,” he would say at the beginning of a speech, “because I am.”
But he was not a short-hitter – not on the golf course or in civic life.  He swung big, hit it long, and was tough in the clutch.
He was San Francisco’s first Asian-American Mayor, who grew-up poor in Seattle public housing, attended law school at UC Berkeley’s Boalt Hall, then in 2011 was elected Mayor, following earlier careers as a Chinatown low-income housing lawyer and activist and 20 years as a San Francisco civil servant.  One of his key strengths was his disarming personal humility, kindness, and grace. It was as if your nicest neighbor had moved-in to the Mayor’s Office.
As City Administrator, Ed Lee was instrumental in the completion of the Sandy Tatum Clubhouse in 2005, which finished the renovation of Harding Park, readying the city’s flagship course to host national and international championships.  He then played a central role in bringing a series of major men’s and women’s professional golf championships to San Francisco:  the Ladies Professional Golf Association’s Swinging Skirts tournaments at Lake Merced in 2014-2016, the US Golf Association’s Women’s Open at Olympic Club in 2021, the PGA Tour Championship at Harding Park in 2020 and again at Olympic Club Lakeside in 2028, and the Ryder Cup at Lakeside in 2032. Ron Kroichick, writing in the San Francisco Chronicle, reported his impact: "Mayor Ed Lee was avid supporter of golf in SF."
Ed Lee's love of golf was infectious. With his Mayor's Cup, from 2012-2017, he continued his personal tradition of hosting fundraising golf events for favorite causes such as Asian Americans Advancing Justice, First Tee of San Francisco , San Francisco City Golf Championship and his San Francisco Mayor’s Women’s Golf Council. Here he is in his inaugural 2012 Mayor’s Cup. 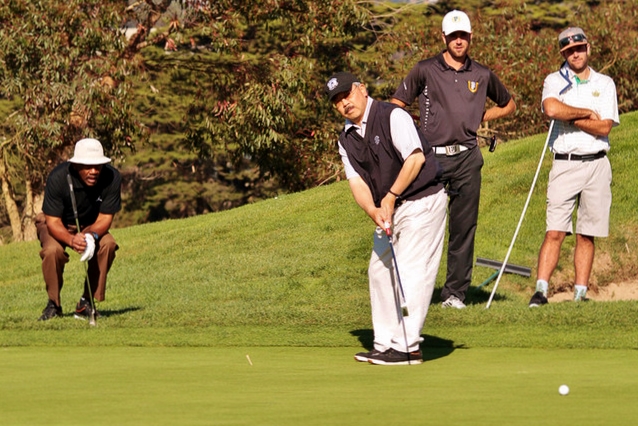 One of Mayor Lee's first major political actions following his election in 2011 was to veto a last-minute Board of Supervisors resolution that targeted closing the San Francisco-owned public seaside links at Sharp Park, the early-1930’s public masterpiece of master architect Alister MacKenzie. That misguided resolution would have resulted in the giveaway of Sharp Park to the federal government. “When it counted, Mayor Lee stepped up for public golf and public golfers,” remarked San Francisco Public Golf Alliance co-founder Bo Links. “He knew from his own life how important golf can be to people. Public course golfers never had a better friend.” 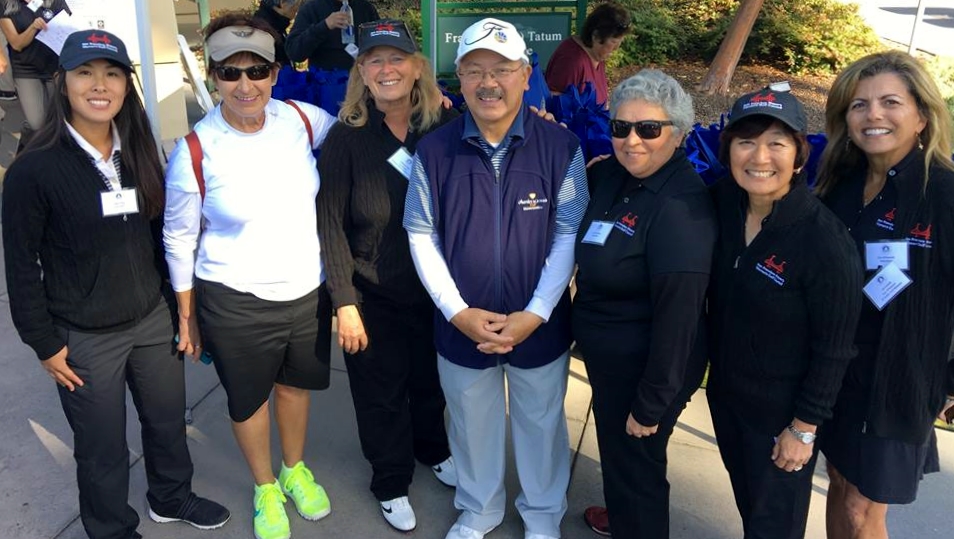 The Mayor and his wife Anita are parents of two daughters -- Brianna and Tania. In 2014, Mayor Lee organized his Mayor’s Women’s Golf Council, with the stated purpose of making San Francisco the most golf-friendly major city in the County for women.  Lyn Nelson, past Executive Director of the Northern California Golf Association, and President of the Women’s Golf Council, praised Mayor Lee saying: “His passion for sharing the game, growing participation, and preserving facilities for future players was monumental for golf... The women and men who are council members are committed to continue the Mayor’s vision to share the values of the game of golf and grow participation.”
The Northern California Golf Association and United States Golf Association recognized Mayor Lee's contribution to the City and game in "Late S.F. Mayor Ed Lee Big Supporter of Golf." 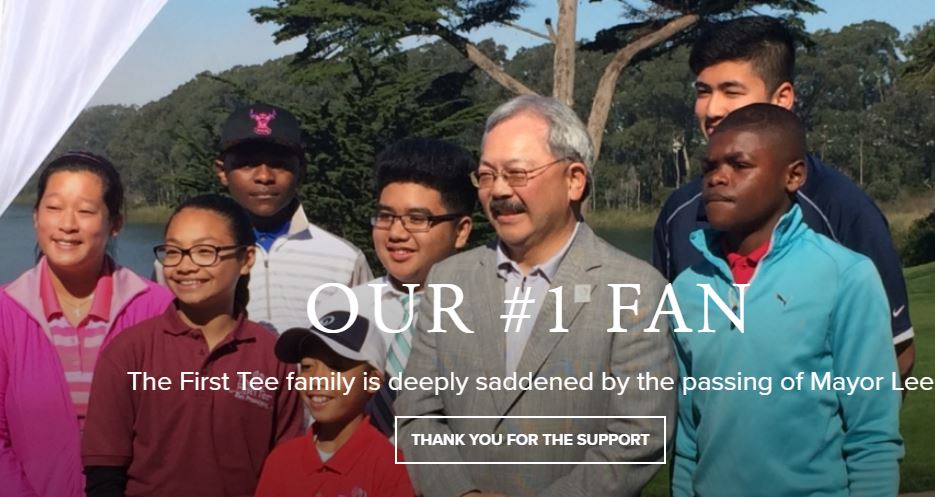 Growing up in public housing, the son of Chinese immigrants, Ed Lee was an unlikely golfer and an even unlikelier big-city Mayor. Throughout his career, he found relaxation, companionship, and fun in golf, which he shared by rebuilding and defending San Francisco’s public courses and expanding the game to women, youth, and future generations. He was a Champion of San Francisco golf.
Well played, Mister Mayor.
Edwin Mah Lee, May 5, 1952 – December 12, 2017
Mayor Lee’s life was celebrated in a moving 90-minute memorial service Sunday, December 17, 2017 at San Francisco City Hall, with tributes from his daughters, Acting Mayor London Breed, Governor Jerry Brown, US Senator Diane Feinstein, US House Minority Leader Nancy Pelosi, and former mayors Gavin Newsom and Willie Brown.  The memorial service can be viewed on SF Government TV:
Mayor’s Lee’s family has established a charitable fund in his memory.
Donations may be made by check payable to “The San Francisco Foundation – Edwin M. Lee Community Fund” and mailed to:
The San Francisco Foundation,
Attn:  Ruben Orduña
One Embarcadero Center #1400
San Francisco, CA. 94117