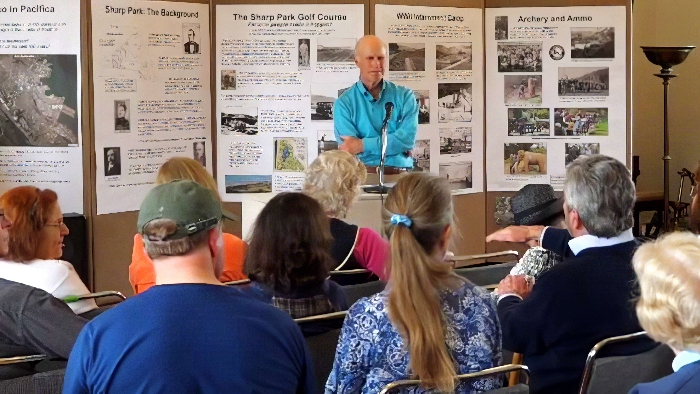 San Francisco Public Golf Alliance President and co-founder Richard Harris was a guest lecturer at the Pacifica Historical Society’s May 20, 2018 Quarterly Meeting at the Society’s headquarters in Pacifica’s Little Brown Church. A lawyer by trade, "The Professor" offered a wide ranging lecture (linked here) discussing the origins of golf in Scotland, its early history in America, the central place held by Alister MacKenzie in the history and practice of world golf architecture, and the artistry of his work at Sharp Park. Let's call it "Sharparkology 101". 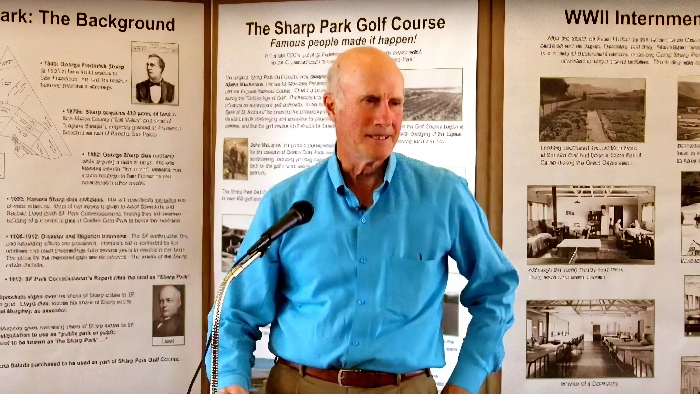 "Professor' Harris at the Pdium

We hope you enjoy this "must watch" for students of public golf and architecture, and Pacifica History. For any wishing to pursue an advanced degree in "Sharparkology," we also recommend this Golf Channel feature on the meeting of Bobby Jones and Alister Mackenzie and their collaboration in the building of Augusta National Golf Course, the home of the annual Masters Championship:

To complete your studies, read this Augusta Chronicle article on the relationship between these legends that shaped the history of golf in America, and this Jack Fleming 1932 contemporaneous review of Mackenzie's new Sharp Park gem in Pacifica.